On 15th October 2020, Hashicorp announced Hashicorp Waypoint. A promising platform to say the least. Since then it has been on my list to explore further. Who’s not looking for tools to deploy applications quicker and easier. In this post, we will explore the basics of Hashicorp Waypoint through deployment of our basic Flask application we build in this post.

What is Hashicorp Waypoint

But first, what is Hashicorp Waypoint exactly doing? As per the press release:

Waypoint is a new open source project that provides developers a consistent workflow to build, deploy, and release applications across any platform. Waypoint enables developers to get their applications from development to production in a single file and deploy using a single command: waypoint up.

Let’s just try it out.

Check whether waypoint is working correctly.

As a next step, we need to install the Hashicorp Waypoint Server. This will essentially launch a container on your local PC. Here’s how to do it:

Check your Docker environment, you should see a running Waypoint server:

or obviously also in your Docker Desktop environment: 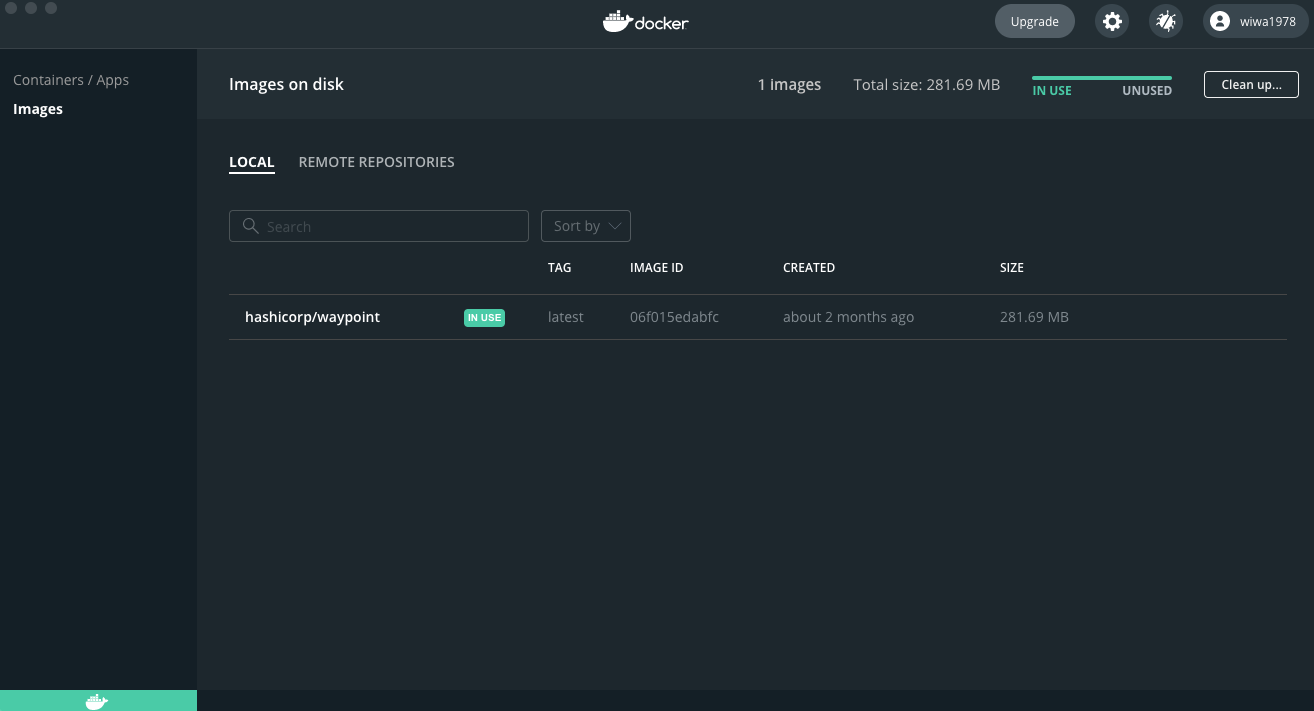 If all went well, you can go to https://localhost:9702 and you will be greeted with the following page: 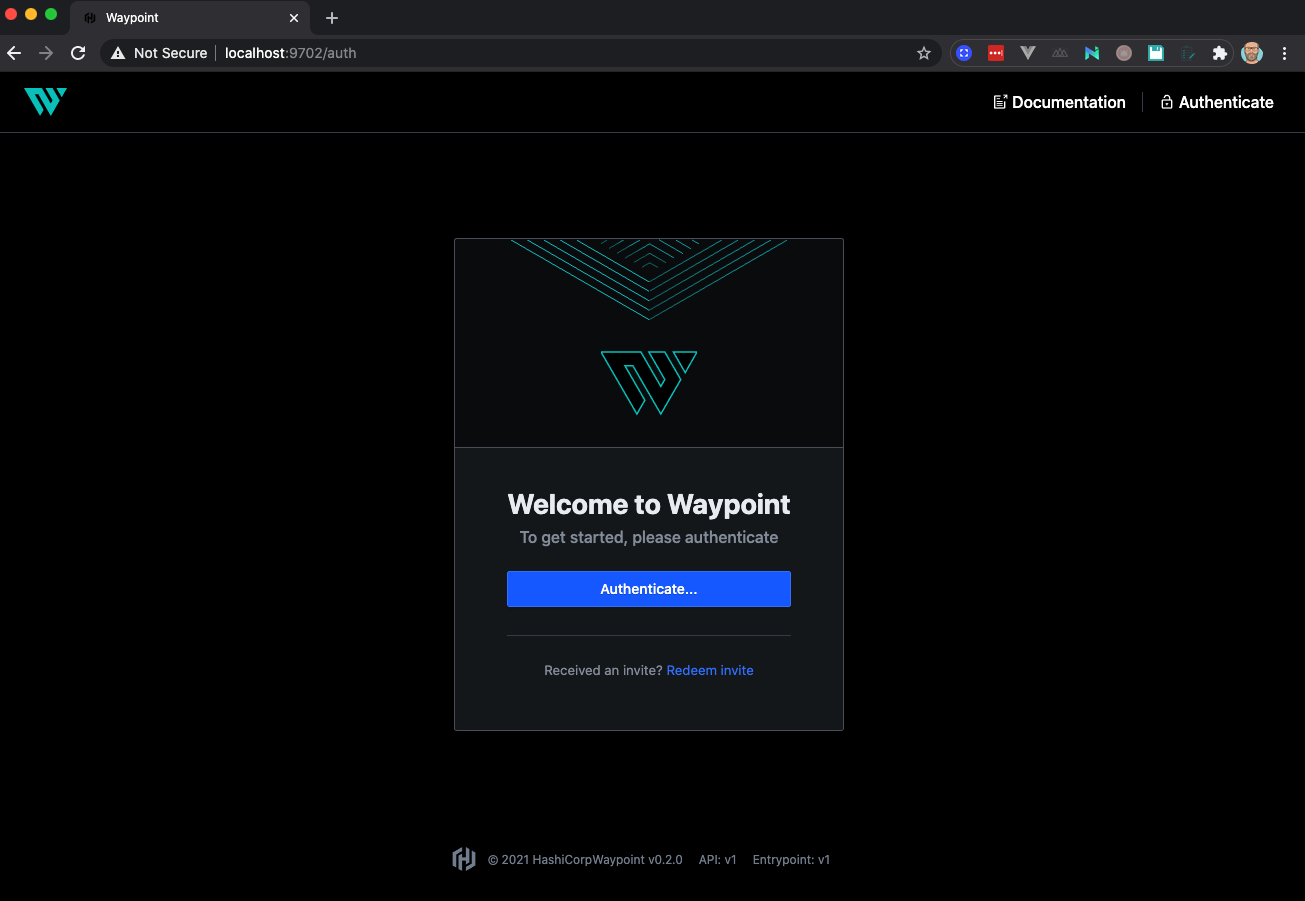 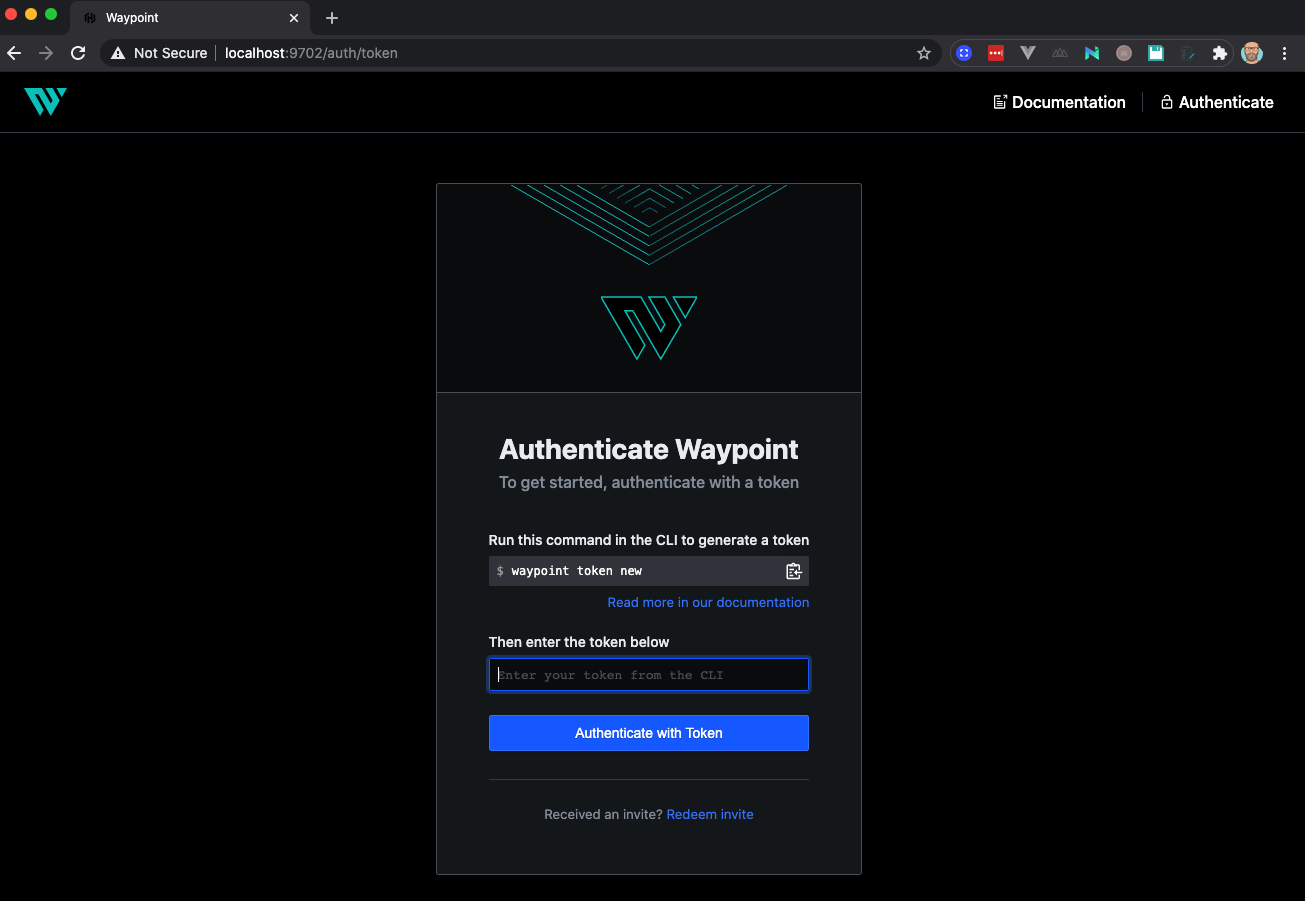 Hence, let’s generate a new token through the Waypoint CLI: 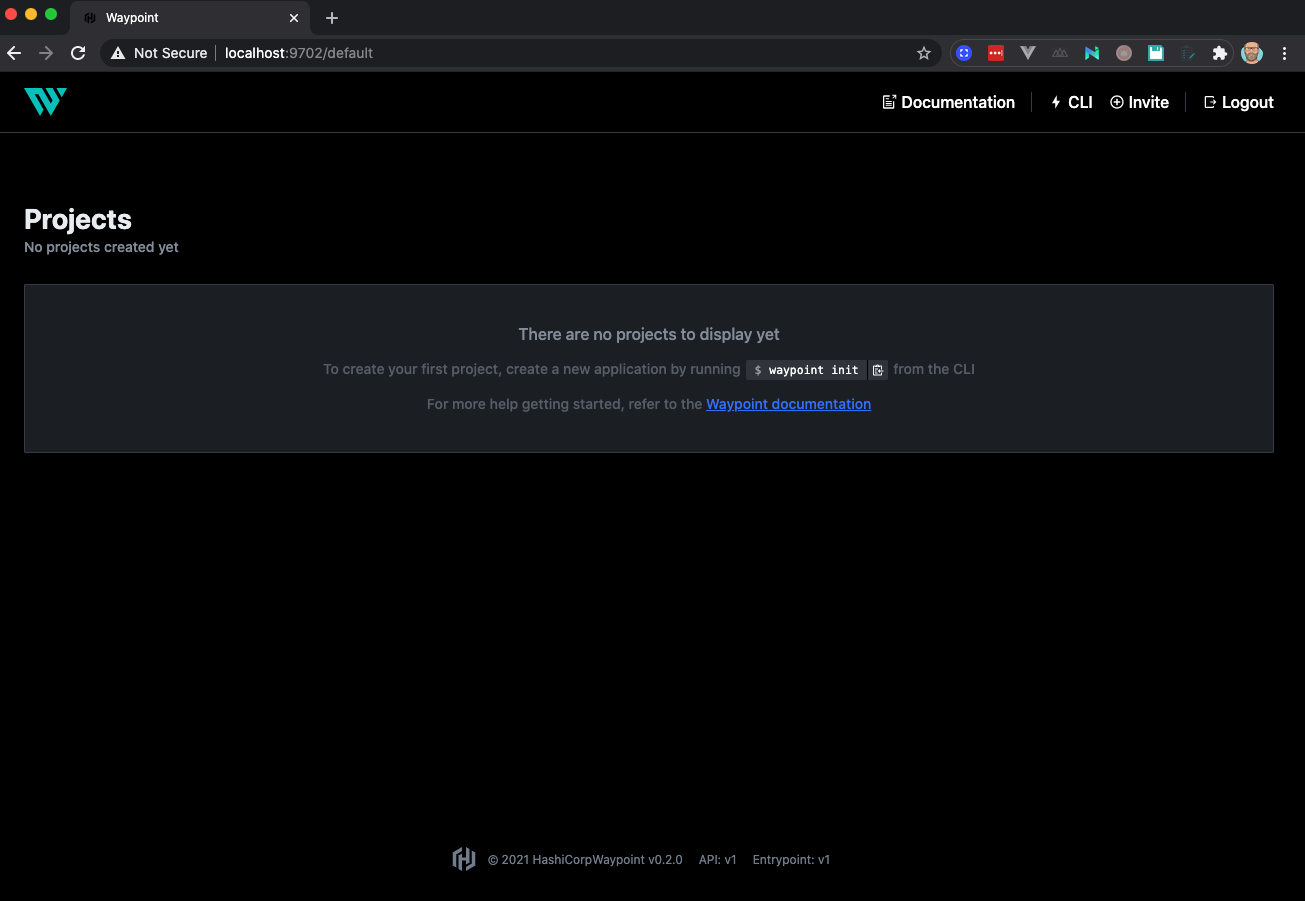 This will create a waypoint.hcl file in your current directory. Note: I removed the comments for display purposes.

Change the file to:

Check the Waypoint page again and you will see your project just got initialized:

Zooming into the project, you will see a more detailed page with builds, deployment and release related information. 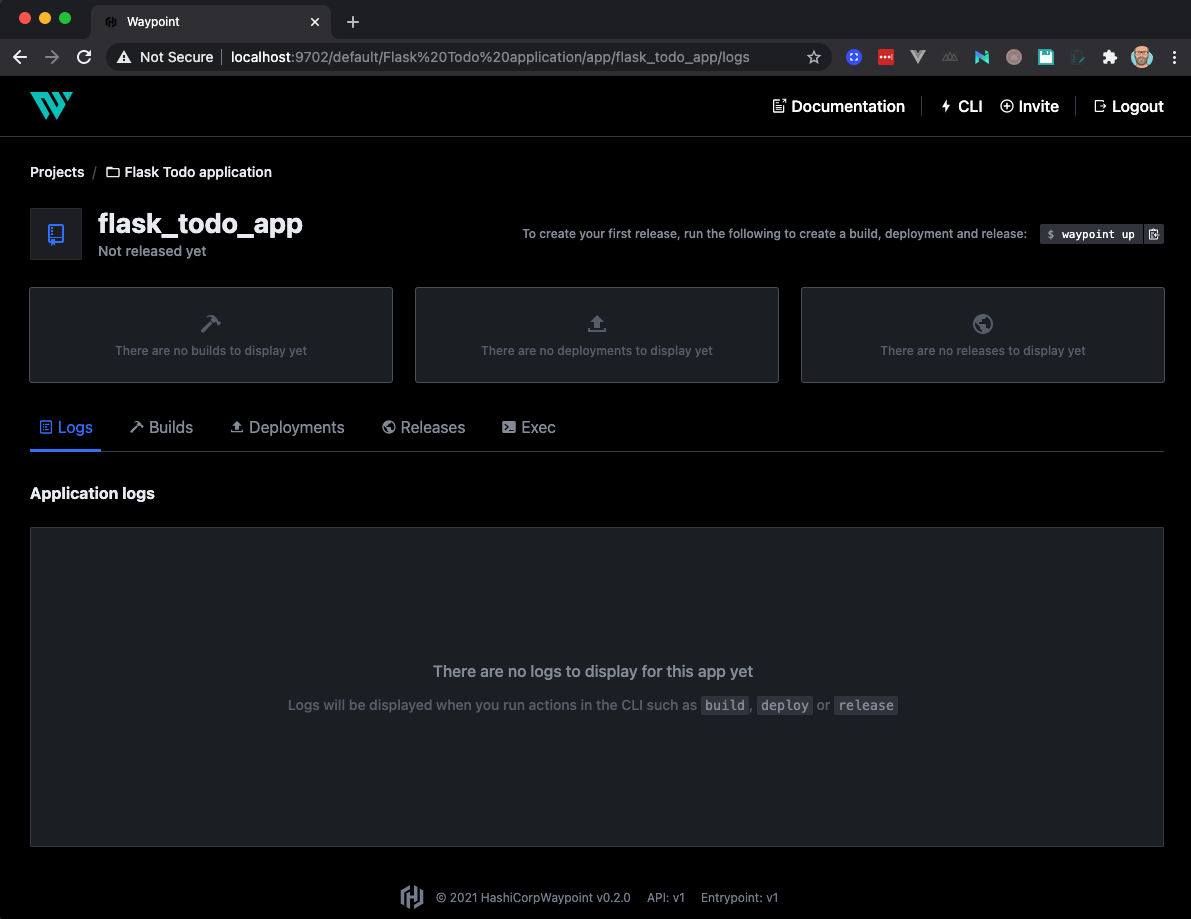 Obviously, as we did not yet deploy our application yet, it’s still empty. Let’s change that.

Once finished, check the Waypoint UI and you should see information related to the build, deployment and release of our Flask application. 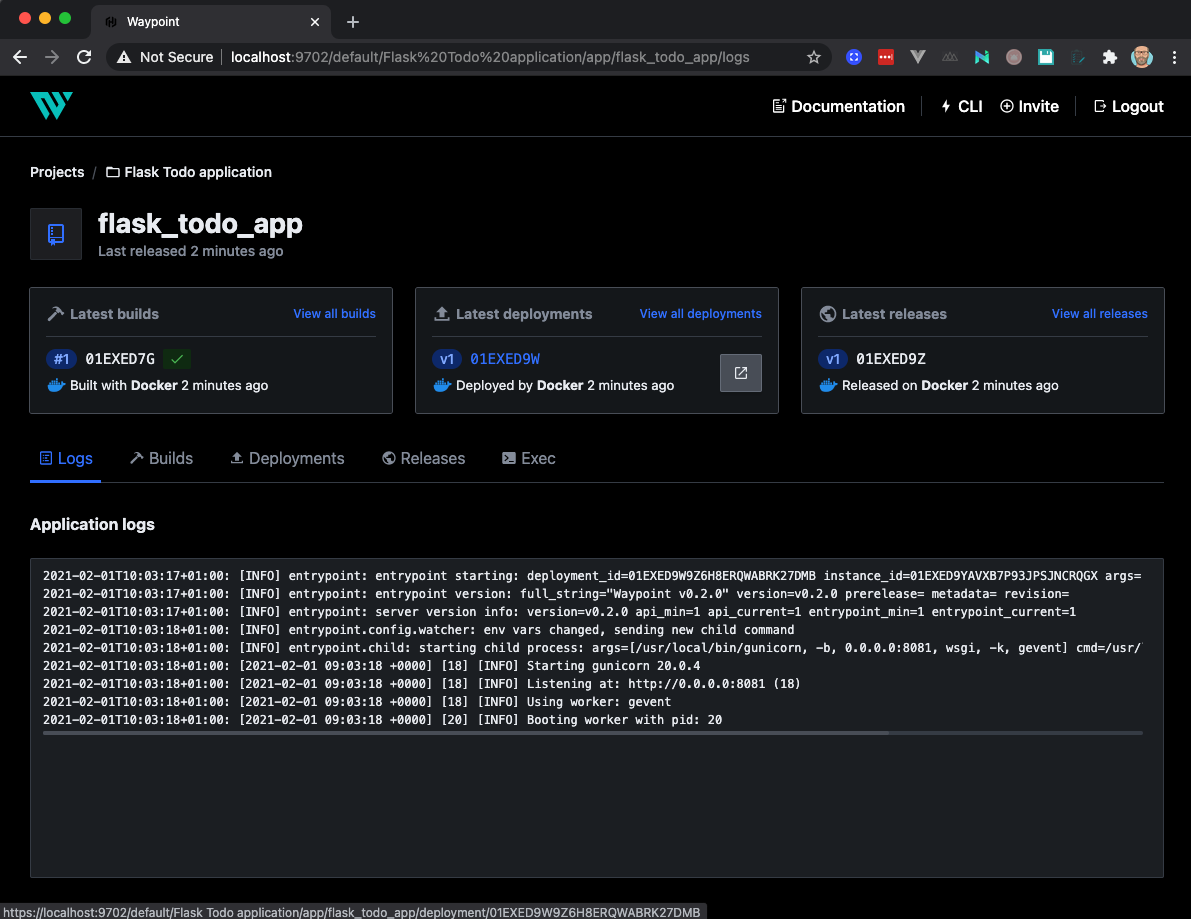 Go to the URL mentioned in the output of the waypoint up command and you will be greeted by our application.

What if we wanted to change our application and redeploy it. Let’s try it out next.

For reference, we will update our index.html page with the following:

Note the new version (v2) in the deployment URL. Also you will notice that automatically a new docker image was used. Check your waypoint interface and you will indeed also notice here that we have a new build, a new deployment and a new release (v2). Also, Waypoint will automatically point the main URL to the latest deployment URL. 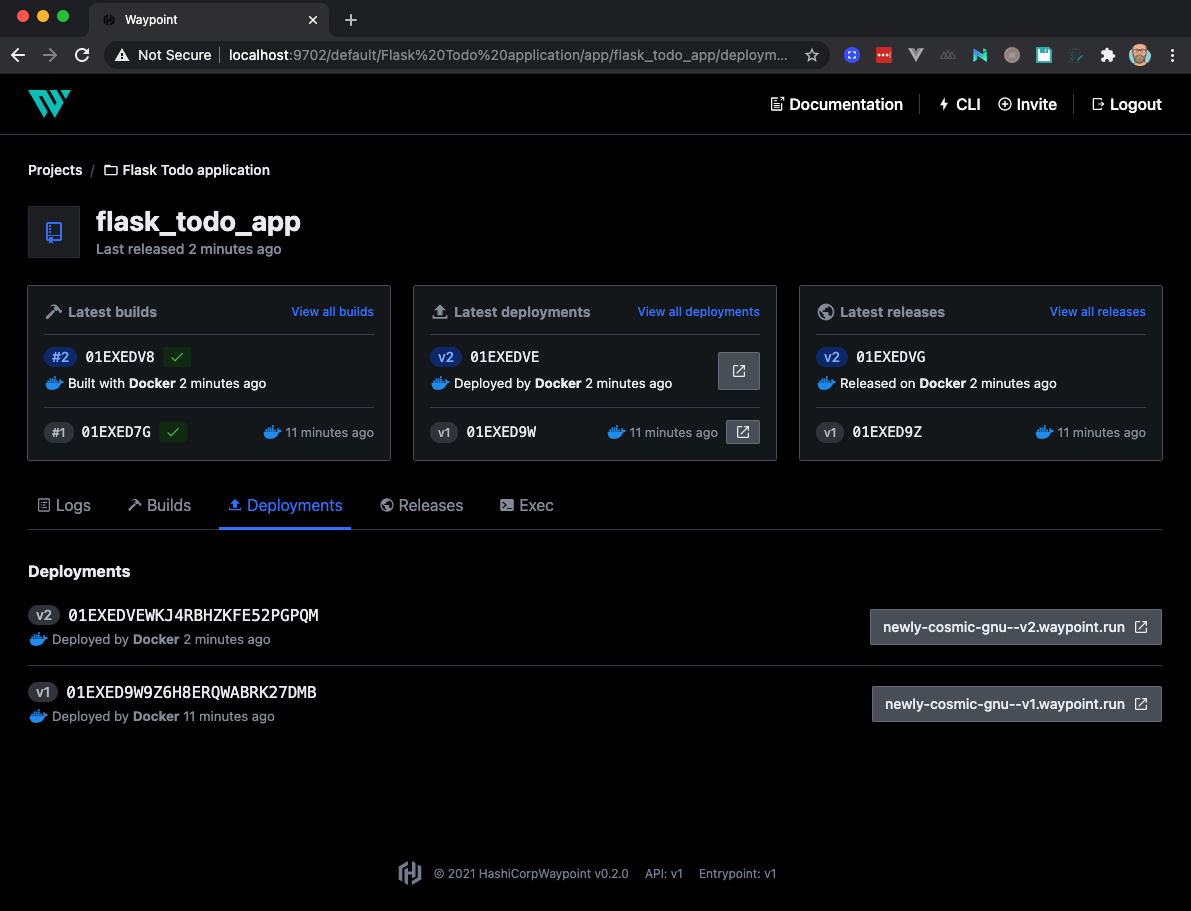 Visit again the URL that was mentioned in the output and you will see the updated application. 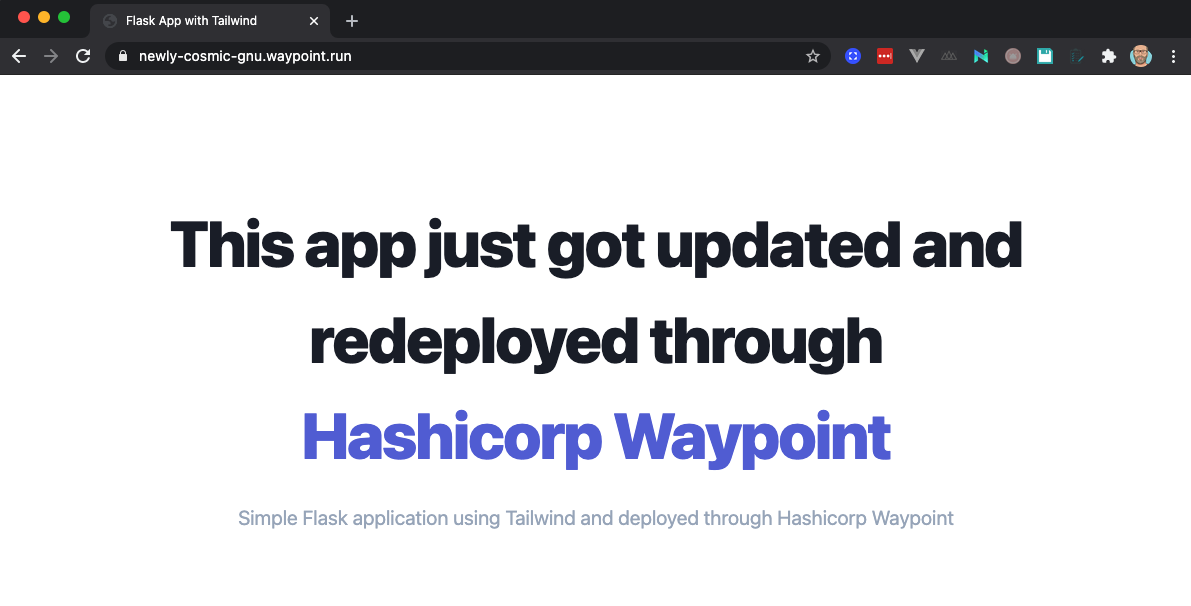 You want to see the previous version again, just go to the first version deployment (in my case: https://newly-cosmic-gnu--v1.waypoint.run) 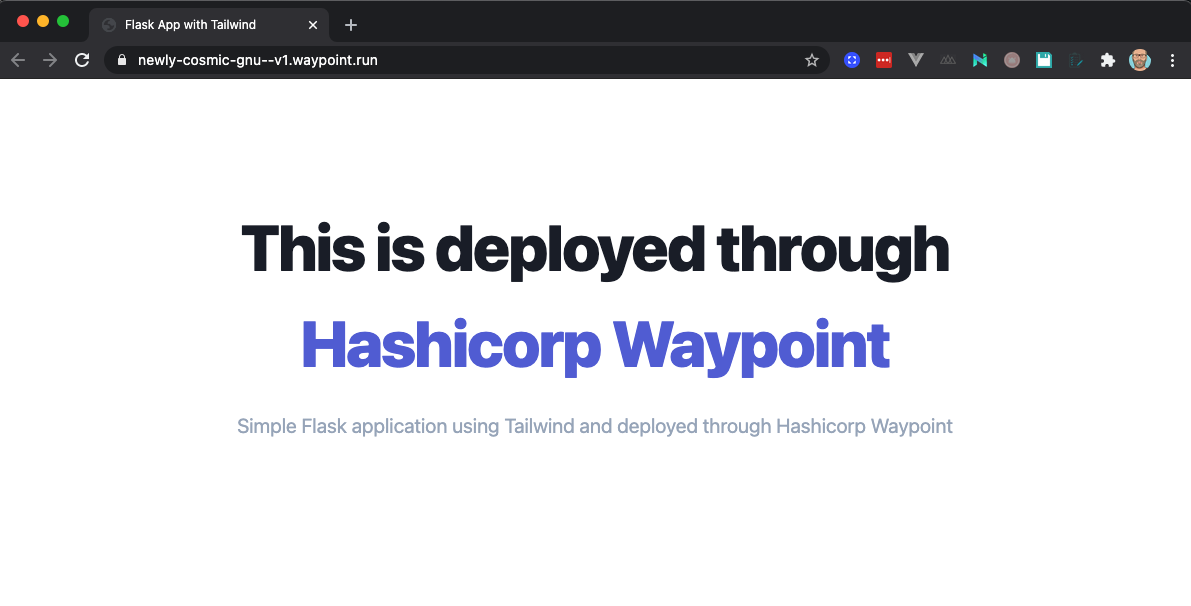 Pretty impressed with Hashicorp Waypoint I must admit. Will definitely check out more features in the near future. Will try to combine it with some CICD tools to fully absorb the benefits of this tool.

If you want to checkout the code, please check my Github repo here.